Yamata redirects here. For the ruins the city was built on, see Yamata Ruins. 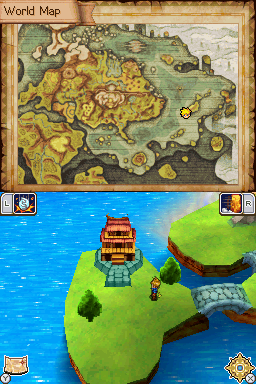 Yamata City is the settlement that was founded after Izumo's destruction.

Yamata City (ヤマタイの都, City of Yamatai) is a city visited in Golden Sun: Dark Dawn and is the primary settlement on the isle of Nihan, the island where Izumo was once located. Visually, Yamata inherits the east-Asian themes of Izumo and has many Japanese references, such as the clothes worn by and the spirituality of the people. Yamata's encyclopedia entry reads as follows:

"This city is the primary settlement on Nihan. Its culture is centered around spirituality, with many prayer shrines." 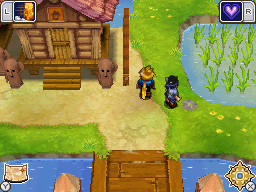 In the wake of the Golden Sun event, massive changes and devastating natural disasters affected the world. At some unknown point during the thirty year period after the event, a massive tidal wave hit the island of Nihan, destroying the city of Izumo. Luckily, Izumo's leader Uzume, was able to evacuate most of the citizens. The people then relocated to the southern region of Nihan where Uzume founded Yamata. Unfortunately, Uzume died shortly after the relocation. In the wake of her death, Uzume's brother Susa, and Susa's wife Kushinada, would take over as rulers, becoming King and Queen of Yamata. Uzume would be buried in a tomb located beneath the royal palace. Together, the structures form the most prominent building in the city. After the Golden Sun event, Izumo was destroyed by a tidal wave, forcing Uzume to relocate the people to Yamata.

Before the events of the Grave Eclipse, Takeru, Susa and Kushinada's son, would leave Yamata in search of Isaac, due to a prophecy given by his sister, Himi, which warned of danger to Isaac. When the Grave Eclipse hits, Yamata is one of the regions that is safe, as it is far from the affected area. However, Himi would fall into a coma around this time, for reasons that were unknown. Kushinada would lead endless prayer vigils but none were successful.

During the Grave Eclipse, Matthew's party of Adepts come to Yamata while searching for a way to end the Eclipse. More specifically, the scholar Kraden wished to meet with Susa, whom he knew from his days traveling with the Warriors of Vale. Susa promises every aid he can give towards ending the eclipse. During the meeting, Kushinada collapses from exhaustion in the next room, so the group rushes to see to her. As Susa is tending to Kushinada, Matthew approaches Himi. A treasure in Matthew's possession, the Third Eye, reacts suddenly and enters Himi, awakening her. 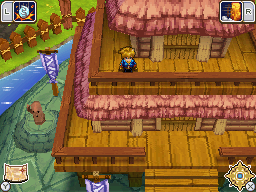 Susa demands an explanation to the events, leading Himi to give a series of prophecies regarding the Eclipse. These prophecies grant insight into the nature of the eclipse, and go into detail about how the eclipse should be stopped. Specifically, the Adepts must collect three Colored Orbs and a set of clothing known as the Umbra Gear, and travel to the Apollo Lens, located in the heart of Angara. According to the prophecy, the Apollo Lens has the power to stop the Grave Eclipse. After giving the prophecy, Himi decides to join Matthew's party, as the Third Eye has granted her Psynergy that is crucial towards stopping the Eclipse. After Himi visits Uzume's tomb, the party leaves to pursue their goals.

The Adepts would return to Yamata at a later point, to search for the Yellow Orb, which is said to be located around Yamata. The Adepts are able to discover a secret entrance to ancient ruins while in Uzume's tomb. After exploring the ruins, they are able to successfully retrieve the Yellow Orb.

Yamata's inn is located slightly to the left of the city's entrance and costs 20 coins per party member.

Kite: found on a ledge in the northwest corner of Yamata.

Sacred Feather: Go to the house on the right and look in the first jar on the left.

Weasel's Claw: In the house on the right, check the upper left pot on this second level for Weasel's Claw. Climb down and push the hay here as well.

Power Bread: In a chest in the house on the right.

60 Coins: In the south pot in the far right room of the palace.

Vial: In the upper pot in the room in the palace where Susa is first met.

Yamataikoku was an ancient country in Wa Japan, ruled by a Shaman-Queen known as Himiko. The location of the Yamatai Kingdom, known as the "Yamatai Controversy," is considered by scholars the greatest debate over the ancient history of Japan. It is likely that Himi, who is from Yamata, is based on Queen Himiko.